You Are A Toy

Today we begin on a journey that will take us through the next six weeks looking at the gospel messages we can find in the movies of Pixar.  Now notice that I am not saying that we are looking at the gospel of Pixar, or the gospel according to Pixar, but instead the gospel in Pixar. I think that distinction is important because we have four gospels already, and last I checked Pixar was not one of them. But we can find important themes and messages in these movies that resonate with us and our understanding of the Christian life, they have things they can teach us. Indeed, one of the things that makes Pixar films so special is not just their attention to detail and storytelling, but that there are so many things going on in them that are so true to life, even if they are normally told through non-humans. And so my disclaimer here is that I have no intention of looking at everything that might be seen or discussed in each movie, but will only be focusing on specific ideas.  We start, perhaps appropriately enough with the first feature length Pixar film, Toy Story. Not only was this their first film it was also the first feature length film created entirely with computer animation, also known as CGI, and it forever changed animated films, and it also has lots of Star Wars references in it. 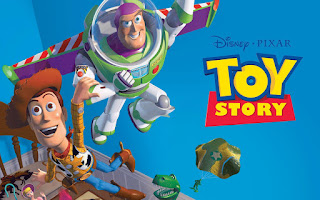 Toy Story, in case you are not familiar, tells the story of a collection of toys that belong to a boy named Andy, and when humans are not around, the toys come to life and interact with each other. The head of the toys, and Andy’s favorite, is a cowboy doll named Woody, and his world is turned upside down when Andy receives an action figure by the name of Buzz Lightyear. Woody becomes jealous of Buzz, and in trying get Buzz stuck behind a desk so that Andy will play with him instead, Woods accidently knocks Buzz out a window and Woody and Andy get stuck in the home of the next door neighbor inhabited by Sid, a terrible kid who destroys toys for fun, and Woody and Buzz begin an adventure to try and get back to Andy before he and his family move away. Now one of the biggest problems for Woody is that Buzz believes himself not to be q toy, but instead to be the actual Buzz Lightyear. Check out this scene set after Woody has knocked Buzz out the window, and they find themselves lost in a gas station….

My Sins of Omission

Here is my sermon from Sunday:

One of the advantages of going down to Sacramento Methodist Assembly is that because it’s in the mountains there is only very limited cell phone coverage, and their Wi-Fi access is not very good, so even if you want to be distracted by the world, it’s very difficult. And so last weekend we were cut off from the world. My phone will occasionally get a good enough signal that I would get an update on the final score of the Yankees game, they won once and lost twice, which about sums up their season, but that was about the extent of our knowledge of the outside world.  So it wasn’t until we stopped for lunch coming home that we were able to do anything online, and Linda went onto Facebook, and saw a bunch of posts asking for prayers for Orlando, and so I looked up on my phone to see there had been a shooting that had killed 50 people. 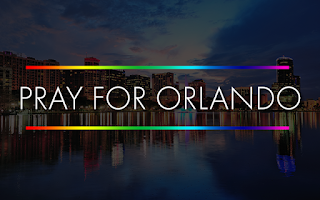 I’ve said before that one of the things with which I struggle as a preacher is when to change my message versus when to lift something up in prayers, but still say what I was going to say. Unfortunately, there is not any hard and fast rule that can be applied to this situation, and the truth is I could talk every Sunday about some tragedy or even triumph that had occurred in the last week.  Just two weeks ago when reporting on Annual Conference we brought a request from the mayor of Roswell that we pray for his city and the violence they are experiencing, and so it wasn’t just the shooting in Orlando, there was also the shooting in Roswell in which a man shot and killed his wife and four daughters, ages 14, 11, 7 and 3. Every day in the United States an average of 39 people will be killed by guns and another 76 will be injured. Every day.

But simply dealing with guns won’t do anything unless we also try and deal with our obsession with violence in this country, we might also call it hyper masculinity. The need to strike back if we feel victimized, or strike out against someone has attacked us, or even to just call us a bad word.  And unless that begins to change, and we actually hear what Jesus says to us about forgiveness and turning the other cheek, and I do think he was serious about that, then we aren’t going to change anything. But even more importantly than our obsessions with violence, we also need to move past this obsession we have with making people the “other”, someone different, someone not like us, someone to be looked down upon, or deemed or to be less than human, or perhaps even not human at all, because when we do that then it becomes really easy to strike out and attack and kill.