Proverbs: A Woman Of Valor

Today we conclude our series on the book of Proverbs by looking at what has become known as the Proverbs 31 woman. When I began planning this series, I knew I was going to address this passage even though I didn’t know what else I was going to talk about. But, I wanted to address this, because it has become one of the most used, and in my opinion, most abused scriptural passages, at least for a portion of the church. In her wonderful book A Year of Biblical Womanhood, Rachel Held Evans says “In the [Fundamentalist] Christian subculture, there are three people a girl’s got to know about before she [hits puberty]: 1) Jesus. 2) Ronald Reagan, and 3) the Proverbs 31 woman… Wander into any Christian women’s conference and you will hear her name… [and] Visit a Christian bookstore, and you will find entire women’s sections devoted to books that extol her… [visit any] Christian College” and you will find guys wanting to date her and girls trying to be her. 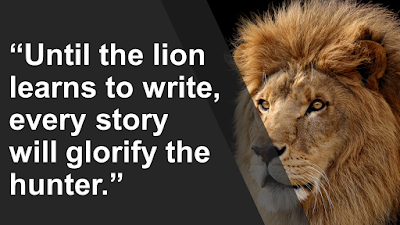 Now, I do have to admit that I did change Rachel Held Evans quote a little because she didn’t originally use the term fundamentalist, but instead talked about the evangelical church, but I reject the cooption of that term. In the past few decades Fundamentalist Christians rejected the term fundamentalist because of the negative connotations that began to accumulate with that term, and instead started calling themselves evangelical, but we in the middle or progressive side of the church need to fight against the claiming of that word, because we too can and are evangelical, without being fundamentalists, but that’s just me on a personal tangent.

Righteousness is one of those words we only seem to use at church. I mean there was the 80s surfer dude, like Sean Penn’s performance as Jeff Spicoli, saying “the waves were totally righteous,” and we talk about someone being self-righteous, that is believing themselves to be morally superior to others, but about the only time we talk about or hear about righteousness otherwise is in church. I’m not sure why that is, but today we’re going to be talking about righteousness, and in particular about what it means to be righteous according to the book of Proverbs in our penultimate message in this series, but first I’d like to do a little, of what is the word I’m looking for, oh, pandering by starting with one of the passages we heard from this morning which says that “gray hair is the crown of glory; it is gained in a righteous life.” And so, everyone who is trying to hide your grey hair, in doing so you are hiding your righteousness, or as Linda likes to say her wisdom highlights. Now, just because you have grey hair does not actually mean that you are either wise or righteous, because Proverbs also wants to say, as the immortal Buck Owens encapsulated in a song, there is no fool like and old fool. 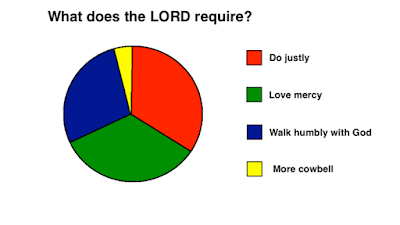 Now righteousness means different things in different places in scripture. In the Hebrew scriptures, righteousness is something you earn by your behavior. But it is more than just virtue, or virtuous behavior. Instead it is tied directly to covenantal relationships. So, you can be righteous in your relationship with another human with whom you have entered into a covenant, which means honoring and preserving that covenant, but, in particular, righteousness refers to our covenantal relationship with God. One of the reasons God is referred to as righteous is because God is always faithful to the covenants that have been made with humanity. So, actions on our part that also maintain and honor God’s covenant are deemed righteous, and those that “corrupt and violate” the covenant are considered unrighteous. While obeying the law is considered the standard for righteousness, as we will see, it goes much farther than that, including injunctions made by the prophets as well as further instruction from God. So, righteousness on our part is a reminder that we are in a covenantal relationship with God, and that there is active engagement by both parties in that relationship, and it’s about our obligation to remain faithful and observant to that relationship. That’s why this about more than just ethics, but about the entirety of the relationship and how what we do preserves or breaks that covenant.

Huey Lewis and the News once recorded a song that opens by saying “If money is the root of all evil, I’d like to be a bad, bad man.” The title of that song is Time Aint Money, because, as Huey sings, if time were money, ah-ha, “I’d already be rich.” Of course, that opening line is a misquote 1 Timothy, which actually says that it is the love of money, which is the root of all kinds of evil. In its entirety, scripture has a conflicted message about money. In some places wealth is seen as being a blessing from God, and indeed as we heard in last week’s message from proverbs, being rich is seen as being a direct result of both hard work and God’s bounty. But, scripture also sometimes implies exactly the opposite of that. Jesus’ view on money is that while it’s not necessarily a sin, it is potentially a significant problem. And, contrary to what is often said, Jesus actually does say give all your money away, although it is not a universal rule, because there is context to the situation in which he says that. The book of Provers tends to have a fairly positive view of money and of wealth, as long as that wealth was not gained in illicit ways, such as lying, cheating, stealing or unjustly, to name just a few. and, just as Jesus has a lot to say about money, and we ignore that 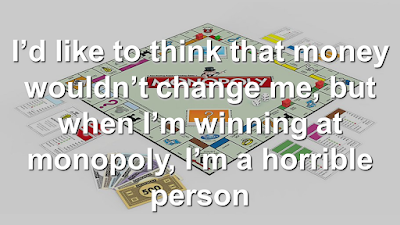 Now a few weeks ago, Wanda Wanczyk, won $758 million in the Powerball, which was the largest jackpot ever won by just one ticket. I heard from lots of people who said they had bought a ticket and, I’ll be honest I bought one too, and while there is something to be said about dreaming about what we’d do with that, but winning it is actually something entirely different. And winning is not all it’s cracked up to be, as columnist Gregg Easterbrook said, $1 million will change your life, $100 million will ruin it. And I know most of us have probably said something to God like, “The money won’t change me, just let me win and I’ll prove it,” but it will change us, and not for the better, and it’s not a gift from God. Proverbs says, “The blessing of the Lord makes rich, and he adds no sorrow with it….” Did you know that 70% of those who win large jackpots declare bankruptcy within 5 years? Just five years. That doesn’t sound like a blessing, that sounds like sorrow. Now this proverb doesn’t mean that if you are blessed that bad things won’t happen to you, although there are some proverbs that do want to say that, but we know that’s not true. But, the difference is in whether the sorrow comes as a direct result.

In 1904, Max Weber, a German economist and philosopher, began work on what became his seminal work, The Protestant Ethic and the Spirit of Capitalism. It is considered one of the founding works in the creation of the field of economic sociology as well as within sociology itself. Weber argued that it was the Protestant reformation which created the spirit of capitalism and drove the northern European countries to economic prominence because Protestantism imbued the idea that everyone was a minister, that everyone was called by God to be productive in life, that all had a calling, and that the ideal was no longer to be secluded in the religious life, which eschewed things like making money, and instead the ideal became working hard for the community and for yourself, with all the benefits that came from that. Weber argued that in particular this was driven by the Calvinist belief in predestination, and since you didn’t know if you were truly saved or not, the only evidence might be seen in what happened in your life, and hard work and frugality were seen as signs of election, plus if you were gaining wealth it must mean that God was blessing you, and therefore another indication that you were saved. Now it could be argued whether Weber is correct or not in his analysis, but this idea of hard work has been tied to our understanding of work, wealth and worthiness in America. And yet, some it goes back much further than Weber. It goes back to scripture, and in particular, to the views, or at least some of the views, in the book of Proverbs, and so appropriately enough for this Labor Day weekend, we are going to be looking at some of the proverbs about work and laziness. 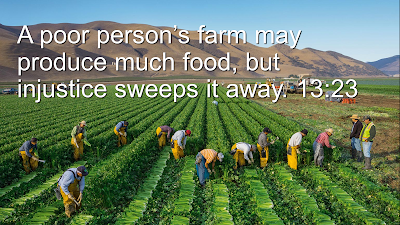 Now, as we heard from the few passages from this morning, Proverbs wants to make a direct correlation between work and prosperity, laziness and poverty, remembering that in Proverbs it wants to present that there are two paths we can choose, the path of wisdom or the path of folly, and thus you can guess which path it is that those who are wise follow. This is also a critical piece in Proverbs of warning about consequences. That if you do x, y will happen, and thus the results of the bad things that occur are not because of outside forces, it’s not because God is punishing you for something, but because of what you have chosen, or not chosen, to do. So, for example, it could say, if you choose to step off a tall building, you will fall to your death. If you smoke for 50 years, you’re going to get cancer. While much of wisdom literature is concerned with the question of why, and in particular of asking God that question, why did this happen? Why is there suffering or evil in the world? Proverbs, for the most part isn’t concerned with that question because it knows what the answer is: Because we choose not to follow the right path.