I can be an angry driver. Not like cutting people off and then slamming my brakes angry, but calling people not nice names, or responding to things they do. So, for example, the other day a woman decided to make a turn in front of me, when I clearly had the right of way, and so I hit my brakes and honked at her. She in turn hit her horn, as if I was the problem, and flipped me off, and so I returned then gesture and then quickly thought “I hope that’s not a member of the church.” Now the positive side of this is that the girls are learning the rules of driving, because when I say something like “what are you doing idiot?” they will ask me what the other person did, and then I explain how what they did was wrong. Or at least the positive parts is the story I tell myself. Of course, the things I yell at the tv, especially when the Yankees are playing can be even worse. But, the problem is that by saying the things I do, and reacting the way I do, I am also teaching them many negative things as well, and some of the things that we are told not to do in scripture, and in particular in the book of Proverbs, and so we continue in our series on Proverbs looking at anger and the power of the words we use. 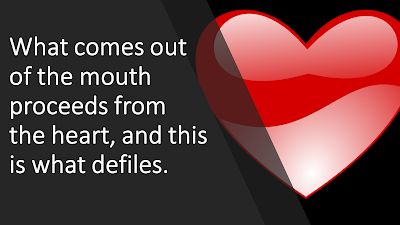 Now we may say that sticks and stones may break our bones but words will never hurt us, and even though that rhymes and therefore has the ring of truth to it, we know that it’s not true. That, in fact, words not only can hurt, but they do hurt, and can do considerable damage to us and to others. Words are powerful things, and we should understand this as Christians because we know that words matter, that they can make a difference, that they can change the entire world because we proclaim that Jesus was the word made flesh. The Word made flesh, and so words matter, but how much attention do we really pay to the words we use, the words we say, how we say them, or even the thought process that goes behind them, even if we don’t say them. Do we understand the power they can hold over us and over others?

Here is my sermon from Sunday. The text was Proverbs 1:1-9:

Today we begin a new sermon series looking at the book of Proverbs, which is part of the wisdom literature of the Hebrew scriptures, and I’ll explain exactly what that means in a moment. We are undertaking this series for several reasons. The first is that I track what scripture readings I preach on, and there were some glaring holes in areas of scripture that we had not covered in my four years here. We obviously do fine on the gospels, and other areas of the New Testament, although I’ve been a little light on what are known as the general epistles, or the letters not written by Paul, which we’ll cover at some point, but there were clearly large gaps in the Hebrew scriptures. One of those was in the prophets, which we made some dents in by looking at the 12 minor prophets in the spring, but then there is a lack in the histories, cover books like Kings, Chronicles and Samuel, and then the wisdom literature. 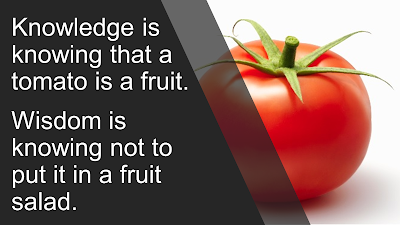 Wisdom literature as we find it in the Bible, is “an umbrella term that encompasses humanity’s quest to understand and organize reality, to find answers to basic existential questions, and to pass that information along from one generation to another.” It seeks to provide both instruction for how we are to live our lives, but also exploration or explanation about the way the world works, especially around the problem of suffering. The books of the wisdom literature include the book of Proverbs, Job, Ecclesiastes, which is also sometimes known as Quoheleth, as the name Ecclesiastes comes from the Latin name of the book, whereas in Hebrew it’s called Quoheleth, and then Song of Songs, also known as the Song of Solomon, a series of love poems that the rabbis said no one should be allowed to read until they were adults, with the age of 35 sometimes thrown around. Sometimes the Psalms are included with the wisdom literature as well, but while there are some Psalms that have the marks of wisdom literature, scholars are not in agreement on which those are, but do say they are not the majority of Psalms, and so are more often not listed as wisdom literature. There are some other books in the apocrypha which are also counted as wisdom literature, but since they are not part of the Protestant cannon of scripture, that is the accepted books, we’re not going to address them now.

How To Read The Bible

I want you to think back to the first Bible you can remember receiving? Who gave it to you? What did it look like? Was it a children’s Bible or a regular Bible? How old were you when you got it? Did you have a special place in your room or in the house where it went? Did your family have other copies of the Bible? How did your copy compare with theirs? Do you still own it? If not, what happened to it? I want you to think about that and then share with someone sitting near you for a few moments and tell each other about that Bible. The first Bible I can remember having was big and it had a blue cover, and it wasn’t a little kids Bible, but it wasn’t a full translation either, or at least I don’t think it was, and for the most part it just sat on my bookcase. I would occasionally take it out and open it up and read something, but it wasn’t something I read all the time. I knew the book and the stories were special, but I couldn’t tell you why they were special, I just knew they was special. It was different. I mean it’s pretty rare these days to hear any book read out loud in a group, but we do that with the Bible. But no one ever sat me down to tell me why it was special or to teach me how to read the Bible, or even if to say that we had to read the Bible differently than we read other books. I think I assumed we had to read it differently, but I didn’t know how. I suspect that is true with you as well, that few of you ever had someone walk you through a Bible or talk with you about how to engage with scripture. 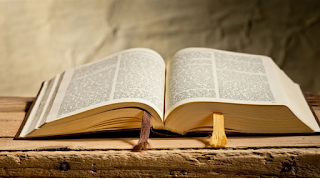 It is regularly said that the Bible is the bestselling book of all time, but I think it also has to rate right up there with Stephen Hawking’s A Brief History of Time as book that people own but don’t read. In polls people say they read and understand the Bible, but then their answers to follow-up questions show the exact opposite, such as that Joan of Arc was Noah’s wife, 10% of the population, or the 40% who believe that both the Old and the New Testaments were both written a few years after Jesus’ death. We know it’s important, we say it’s important, but yet few people actually engage with the Bible on a regular basis, and perhaps some of that is because we’re not really sure what to make of the Bible or even where to begin. And so as we send our students and teachers back to the classrooms this week, I thought it might be an appropriate time, to do a quick sermon on how to read the Bible. And let me start with my first caveat that there is no way I can even begin to say everything that might be said about how to approach scripture, and the different ways to read scripture, but I hope to give just enough that some who might be sitting on the sidelines saying “I’d like to play, but I don’t know how” will get off the bench and begin engaging with scripture.  So that’s the first point. The second point is I want to provide a little bit of background that I think is important and necessary to know as we look at, think about and engage with the Bible. The last caveat is that this message didn’t turn out the way I had imagined it as I was preparing for today, which could mean either that I listened to the movement of the Spirit and went a different way, or I didn’t listen and went a different way. We’ll find out in about 25 minutes which of those it was.