So, let my start by saying that today’s message is going to be a hard one, or at least one that we all cry about, because as we conclude our sermon series on resurrection stories we deal with the issue for which we most want resurrection, loss. After all, the reason for the season in which we started this series, Easter, was because of the death of Jesus and his resurrection from the dead. As an Easter people, our faith is grounded in the reality of resurrection. We believe that hope is possible even in the worst of circumstances, in the darkest moments of our lives, that even in the valley of the shadow of death, that God is with us and that God is there not only to comfort us but to even bring about miracles. 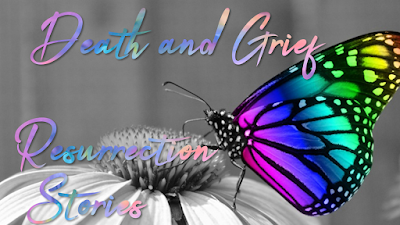 Mary and Martha, who are sisters, send word to tell Jesus that their brother Lazarus is ill. We are also told that Jesus loves Lazarus, but Jesus does not immediately leave but instead stayed on the other side of the Jordan, where John had been baptizing people. Then Jesus tells the disciples they are going to head back to Judea, and he says that he is going to wake up Lazarus, which confuses the disciples as they think he is merely asleep, and so Jesus has to be more direct and tells them that Lazarus has died, and then Thomas makes a usual statement and says, “Let us also go, that we may die with him.” It’s not clear whom Thomas is speaking of, Lazarus or Jesus, but presumably he is saying that they know Jesus life is at risk, and so their lives are also at risk, and he is making a pledge that they will die with Christ. Which of course they don’t, but they go with Jesus and when they arrive they find that Lazarus has already been dead for four days. Now this little bit of information is significant because it was believed that the spirit, the soul, or someone who had died would stay around the body for three days, for the hope that they were only slightly dead, but by the fourth day the body has already begun to decay and to stink, and so the soul then goes away, and so what we are being told here is that everyone has given up, that there is no hope for a miracle, which is where today’s passage begins.