When Why is not the Right Question

Here is my sermon from Sunday.  This was preached in reaction to the death of my 9-year-old-nephew Wyatt, who also attended the church. The text was Romans 8:18-39:

In order to be a good journalist, or really to be able to tell a good story, you have to be able to answer five questions: who, what, when, where and why.  Of those, the why question is probably the hardest to be able to explain or to find.  After all what do we hear all the time in the news about some criminal investigation, “police are still looking for a motive.”  The motive is the why question.  Why did they do this, why did this happen.  Sometimes the why question is never really fully answered, and even when it is it is often unsatisfactory, but that doesn’t stop us from asking it, especially when bad things have happened.  I remember one person saying that they didn’t ask why when their first child was born happy and normal, they didn’t think about it because that’s the way things are supposed to be.  But when their second child was born severe mental and physical handicaps they were asking a lot of why questions.  These are the cries we lift up not in the best moments of our lives, but in the worst, even Jesus asks these questions as we are told that he cries out on the cross, “my God, my God, why have you forsaken me?” 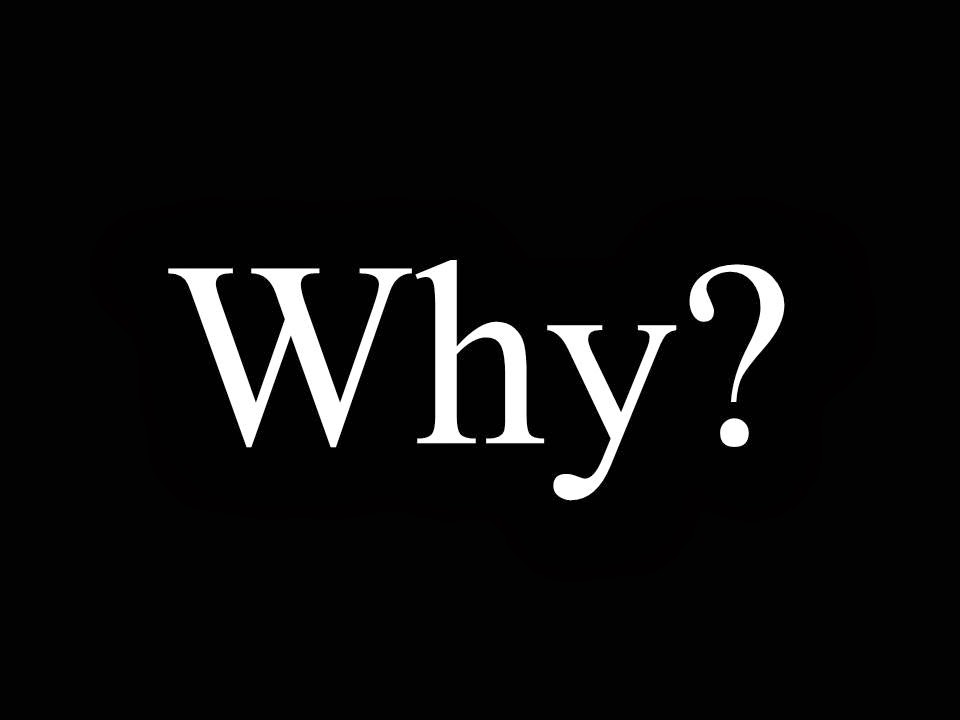 We want things to be orderly, to be predictable, to be understandable, we want things to go the way we think they are to go, and when they don’t we wonder that question why.  That has certainly been flowing around our house the past week following Wyatt’s death.  I would have been perfectly content continuing to preach on the Sermon on the Mount, which we’ll have to come back to, and so I wonder why did this happen?  Why is a seemingly healthy boy no longer here?  Why did what seemed like successful surgery go downhill so fast?  Why did God let this happen?

I was just two months into my first pastoral appointment when I got called on to perform my first funeral.  I had assisted with one funeral in my internship, but it was for someone who was 96.  As Pastor Gerry said last week, when performing funerals for people who have lived long lives, it’s more of a celebration, there aren’t a lot of questions being asked, and certainly not a lot of why questions, but this was not one of those funerals.  Ethan had been born with a rare genetic defect called Spinal Muscular Atrophy.  It is a disease caused by a recessive gene which means that both parents have to carry the gene, and even if both parents carry the gene there is only a 25% chance of the child being born with it.  Jane and Anil had two children when Ethan was born, neither of whom had the disease, and they did not know they were carriers until they sought help from their pediatrician when around three months Ethan stopped growing.  They  were told the disease would cause his muscles to continue to deteriorate, that he would never be strong enough to lift his head, let alone walk or crawl, and his respiratory functions would be  most affected, and that with a good outcome he might live to be two years old.  He didn’t make it that long, dying at 15 months.

This Little Light of Mine

When the Puritans first arrived in America, they saw themselves acting out the exodus story, with America as the new Promised Land.  John Winthrop, one of the early governors of the Massachusetts Bay Colony, referred to the colony as “the city on the hill” which would be a beacon to the rest of the world of what Christianity, when rightfully practiced and purified of Catholicism, hence the name Puritans, would look like.  When they were choosing the location for a new state house, they choose the tallest hill in Boston, called Beacon Hill, and had the dome of the building clad in copper by none other than Paul Revere, so that it would reflect the sunlight and be seen as the light on the hill.  This idea of being the city on the hill has been a recurrent theme in American politics and American religion, and it is found not just here in today’s passage from the Sermon on the Mount, but is part of Jewish tradition as well. 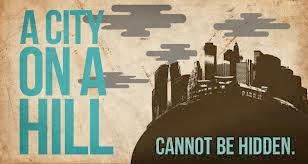 In Isaiah, God says, “I am the Lord, I have called you in righteousness, I have taken you by the hand and kept you; I have given you as a covenant to the people, a light to the nations, to open the eyes that are blind, to bring out the prisoners from the dungeon, from the prison those who sit in darkness.” (42:6-7) As part of the covenant between Israel and God, God has set them up as a light to the nations.  Of course part of that covenantal also involved salt, as we are told in Leviticus in the instructions given regarding offerings, that salt was to be given with every offering, and in the instructions given to Aaron, Moses’ brother about what offerings he and the other priests are to receive, they are told that they are to receive what the Lord gives them that it “is a covenant of salt forever before the Lord for you and your descendants.”

Salt played a critical role in the ancient world.  Roman soldiers were paid in salt, and as a remnant of that practice our word salary comes from the root word for salt.  To indicate fellowship or friendship it would be said that you had shared salt with someone.  It sounds sort of dirty doesn’t it?  But what it meant was that you had dined together, and were willing to share salt with that person, and since salt was valuable that indicated that you had a relationship that was more than just mere acquaintance.

Between A Rock And A Hard Place

Who does society say is blessed?  Wealthy?  Educated?  Those on the East? Athletes? Actors? Entertainers? White?  Men?  Powerful? Politicians?  These are who society says are blessed, and it is certainly the groups that seem to have blessings showered on them.  In addition, there are those who will claim that these blessed people have these characteristics because they are blessed by God, and because they are blessed by God they also have these characteristics.  It’s a circular argument.  But although that is who society is blessed, that is not who Jesus says is blessed, which is what we hear today in the gospel passage from Matthew:

When Jesus saw the crowds, he went up the mountain; and after he sat down, his disciples came to him. Then he began to speak, and taught them, saying: