There is lots being made, again, about the possibility of a tape existing with Trump saying the N-word repeatedly. But, I believe the existence or non-existence of this tape doesn't actually matter, and here is why:

First, such language will not prove that Trump is a racist. If we don't already believe that from the numerous other things that he has said about minority groups, then what is finally going to prove the point? The use of the N-word is not the end all and be all of racist statements. It's truly attrocious, but so is everything else derogatory he has said.

Second, pay attention to his actions. He called for the death penatly, and took out an ad for such, against the Central Park Five, the attack on a white women, supposedly by five black teens. He still believes they are guilt, even though they have now been fully exonerated. (For a great accounting of this read The Central Park Five by Sarah Burns) Additionally, we was charged twice with housing discrimination by our government, and regardless of what he says, he did not win those cases. He simply paid the fines without having to admit guilt.

Finally, and most importantly, he is unlikely to lose any more support from his "base." First because those were borderline have already left. I do not believe this is going to be the straw that breaks the camels back. Secondly, it's because many of them already use this word. I have family members who are Trump supporters and they use the N-word: repeatedly and out-loud (and yes, they are racists). Hearing him say it will only reinforce for them that he is their man, and someone just like them. That is, rather than hurting him with his core supporters, which is the only group he truly cares about, it will only help him.

We have been talking about having a heart of peace in worship, and Jesus says that what comes out of our mouth is what defiles us because it reveals who we truly are. Hearing Trump on tape saying something that he shouldn't be saying, things that we don't want to hear the president saying, won't make him worse, because he has already revealed who he is by everything else he has said.
Posted by John Nash at 12:32:00 PM No comments:

State of the Church

I want to start with a story this morning. At our prayer breakfast in May, rather than sitting in a room talking and praying, we came out onto the property and prayed, with some of us walking circles around the property and praying, although only a few of us got all seven laps done, and the laps did get smaller and smaller as we progressed. But we were praying for big things, including the elimination of our mortgage debt. That was a Saturday. On Tuesday afternoon I received a call from Rev. Randall Partin, who is the provost for the conference, which is a fancy way of saying he is the bishop’s assistant and runs the conference office and staff. Now Randall had been in conversation with us about some of the things we have explored for doing with the eastside of the property, and he wanted to know if we were interested in having a conversation with a Methodist organization who was looking for some property. That led me into a conversation with Saranam, which runs a two-year residential program for homeless families. They were begun when Central UMC received a several million-dollar gift in someone’s will, which serves as a reminder that you too can make gifts to Mesa View in your estate planning, and one of the things we are beginning the work on is an endowment committee and policies and procedures for the reception and use of endowed gifts. So, I met with Saranam for an initial conversation, which then led to a meeting with some of their board members and some representatives from Mesa View, and this week the Trustees voted to approve conversations about the potential sale or lease of the back piece of the property to move forward. But, before I say any more, I’d want to show a shortened video about Saranam… 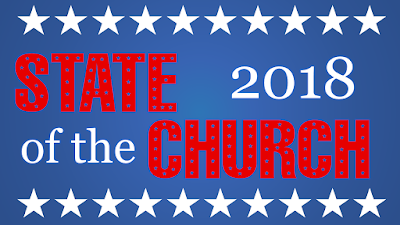 Now a few points. The first that is that Saranam is a Sanskrit word that means refuge. There’s actually a song in the hymnal entitled Saranam, Saranam. The second is that at this point we are only in conversation. We have not made any agreements, we have signed any documents, we haven’t even agreed on any terms. We are now waiting for their board to meet and approve moving forward in conversation with us on the possibilities. I believe we are still a few months away from that conversation, and even farther from a deal. If we do move forward, we will have presentations on who they are and as well as what it might mean to be working together, as well as listening sessions to get feedback. Right now, this is just so you are aware, and hopefully some, or most, or all, of you are as excited about this possibility as I am. Not only will this help us in our mission of serving our community and making good use of our property, but it will also greatly help us financially.