Here is my sermon from Easter Sunday. The scripture was John 20:1-18:

Benjamin Franklin once said that there are two certainties in this life: death and taxes.  One of the oldest translated pieces of writing is about the collection of taxes, and people have been dying for as long as there have been people. But today, on this day, we get out of both, or at least a little bit for a little while, because we get to delay filing our taxes until Tuesday because April 15th fell on the weekend, and we celebrate the fact that when Mary went to the tomb on that first Easter that Jesus wasn’t there, that he had been raised from the dead. Now this is not to deny either taxes or death, because they are still a reality for us. Now you may think you can cheat on our taxes or cheat death, but we have to remember that of the two, only one of them can truly be overcome. And totally off the topic, I would be remiss in noting that yesterday the 15th was the 70th anniversary of Jackie Robinson playing his first game in the major leagues, and while he was not the first African-American to play professional baseball, that honor goes to Moses Fleetwood walker, he was the first in the modern era and he was also the first to stay playing and set the stage for the integration, not just of sports, but also of society as his event happened more than a year before President Truman desegregated the military and 7 years before the supreme court held that segregated schools were unconstitutional. A truly momentous occasion in our society, but unrelated to today, or at least only tangentially related to today. 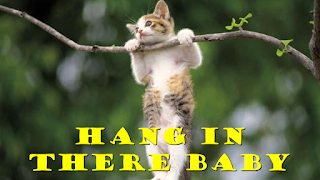 Now, if Shakespeare were to have written a play about Easter, he would have used the version of the story we find in the gospel of John, and it would have been a comedy as there are lots of characters running around, coming in and out of the scene, there is confusion and missing bodies and mistaken identities and then doesn’t end with a resolution, but instead leads on to what will happen next.  And, just another piece of trivia, does anyone know the only Shakespearean play to mention Easter? Romeo and Juliet. Now in the synoptic gospels, that is Matthew, Mark and Luke, Mary and some other women show up at the tomb on that Sunday morning because they want to prepare Jesus’ body for burial as there wasn’t time to do so before putting his body in the tomb and the beginning of the sabbath when no work could be done. But, in John Joseph of Arimathea and Nicodemus prepare the body, in fact it seems they over prepare it as John says they show up with 100 pounds of spices, and so instead of coming to prepare the body, it appears as if Mary comes to the grave, just by herself in this version, simply to be there in order to grieve. Her weeping is mentioned four times later in the passage. This too is unique to John, as in the other versions while there is fear and astonishment and confusion, only John mentions her grief over Jesus death.

Repent, for the Kingdom of God has come near. That is the message that begins Jesus’ ministry, it’s also the message proclaimed by John the Baptist, although how we normally hear it is repent for the end is near, or at least that’s how cartoonists like to picture it, and I think that’s appropriate for today’s message because we are coming to an end. Today is the end of life without real baseball. It’s the end of our normal Sunday’s of Lent as next Sunday is Palm and Passion Sunday. Malachi is the last book in the Hebrew Bible, and so his writings marks the end, or as Tertullian says, the boundary of the New Testament, and today also represents the end of our sermon series on the 12 Minor Prophets, and we end with the prophet Malachi and his message about the coming of the messenger who will make the way for the messiah.

Malachi is another one of the prophets that we are not given any genealogy about, as the book simply starts telling us that these are some oracles from God delivered by Malachi, of whom we know nothing. The word Malachi means “messenger of God” and so it’s possible that this is not even a proper name but instead that it is a title that this prophet held, much like is possible with the prophet Obadiah. There is no specific information given about events that are taking place during the time of his prophecy, but we do have some hints that give us possible dating points. The first is that he refers to governors of Judah, rather than kings, which would seem to indicate that the Jews are not in political control of the territory, and he also refers to sacrificial activities as if the Temple is built and functioning, which would mean that it has to be either before the destruction of the first temple, when there were kings not governors, or after the Temple has been rebuilt after their return from the Babylonian exile, which is certainly the most likely period. In addition, the linguistic style that is being used is from the Persian period, and so most scholars date the work around the mid 5th century, but there is no certainty on that dating.